A long time ago I found this Brinno GWC (or TLC100) timelapse camera at a flea market. it’s quiet a cool gadget to document construction projects and very easy to setup. It’s battery powered and weatherproof. It will shoot pictures at a time interval you can define and merge them into a .avi movie file. Here is an example:

My camera has been laying around in my covid caused absence in one of the containers in Sapucai and I was eager to find it and put it to use for the upcoming constructions on the containers. I found it but it wouldn’t work anymore 🙁

One of the battery connections seem to be rusted but it was difficult to reach to scrap off the rust so I decided to take it apart and here are the instructions in case you have the same camera and need to take it apart:

There are 6 screws on the back side as shown below, one of the screws is behind the sticker. 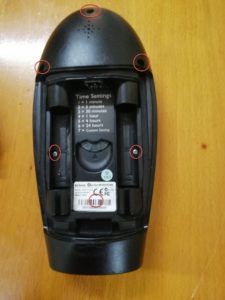 An other two screws are at the bottom of the camera. You need to remove them and then remove the bottom cover. 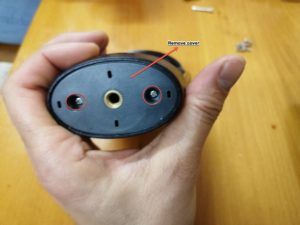 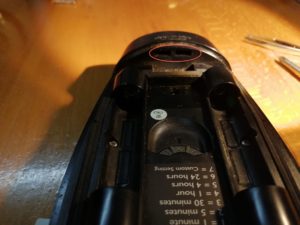 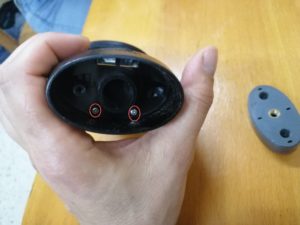 Onco those are of you can separate the green and black part of the housing and will see the electronics board, which is held in place by one central screw

When you remove the board and flip it the battery connection points are exposed. When putting it back together be careful to place the 8 pole plug correctly (marked red in the picture below). Also correctly place the rubber LED cover and the rubber seal at the edges of the black housing. 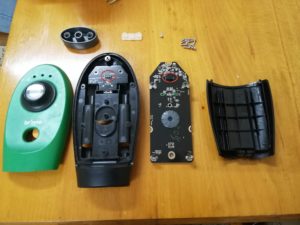 Put the screws back in place in the reverse order and you are done.

In my case the removal of the rust helped and the camera is working again. I’m looking foward to document my future progress with some timelapse videos 🙂